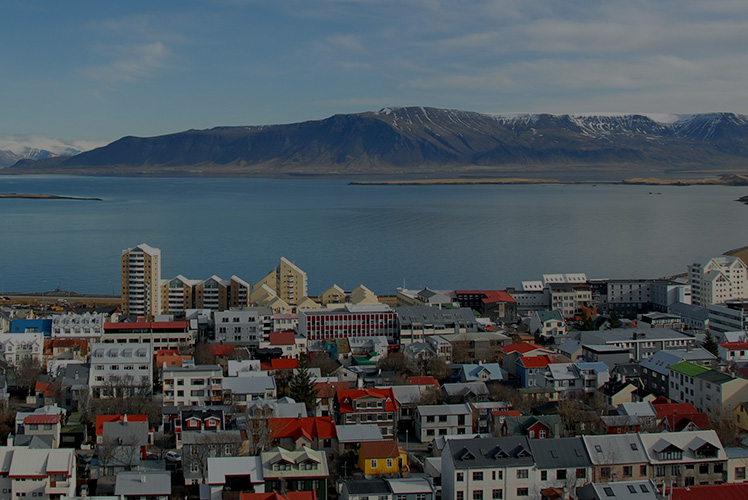 All stores from Reykjavik

Guðbjörg Kristín Ingvarsdóttir was born in 1969 in Ísafjörður, West Iceland. Completing her journeyman’s examination at Copenhagen polytechnic in 1993, she received her Master diploma in goldsmithing at Reykjavik Technical College in 1994. Guðbjörg further studied jewellery design at Copenhagen Institute for Precious Metals before returning to Iceland in 1999, founding her own jewellery design company Aurum along with husband Karl Jóhann Jóhannsson MBA. Aurum‘s flagship store is located in the lively city centre of Reykjavík.

Guðbjörg has made a name for herself with her innovative jewellery designs which are a combination of delicate individual elements inspired by her surroundings. Often seeking inspiration from the Icelandic nature, the majestic and raw landscape in the West Fjords continues to be reflected in Aurum‘s jewellery designs, both in her in-store collections and custom made jewellery art pieces that have been exhibited around the world.

Guðbjörg was awarded first prize in the jewellery competition Spirit of the North in St. Petersburg in 2000. In 2001 she received the DV cultural award in Reykjavík for art design and received the Visual Arts Award for design in 2008. Along with receiving awards Guðbjörg has participated in many exhibitions both in Iceland and internationally, recognising Guðbjörg‘s artistry and craftmanship. Recent exhibitions include LOOT: MAD about Jewellery at Museum of Art and Design in New York and Artistar Jewels in Milan where Guðbjörg received recognition for a jewellery art piece from Aurum‘s Tuttu collection. Aurum by Guðbjörg has won world wide acclaim from the likes of Condé Nast Traveler, Timeout, Town & Country, GQ, Vogue and many others. ELLE magazine ranks our flagship store in Iceland as one of the “Best boutiques in the World”. Aurum received the Njarðarskjöldur award for Best Tourist Shop of the Year.

You own a beautiful store?
Apply now
SugarTrends Locations
Recommend a Store

You don’t see your favorite store here, or you have a store and you want to join SugarTrends? Send us your recommendation now:

We’ve received your request
and will get back to you shortly.

Go back to top
Partners